From decline to stabilisation

FEPE members’ envelope production amounts to around 85% of the total production in Europe.

Production has been falling steadily for years. However, there are signs that the downward drop may be starting to level out.

Long term: A market in decline

Today’s European envelope industry has been in decline for years, falling from over 90 billion envelopes produced by FEPE members per year in 2008 to around 40 billion units today.

The decline was accelerated by the 2008–2009 economic crisis. The downward momentum has continued as digital communication has grown.

This trend is set to continue according to the FEPE-commissioned report, The Future of the European Mail Market, conducted by Copenhagen Economics. It predicted letter mail volumes would decrease between 19% and 50% by 2025 with volumes from large mailers, such as governments, falling the fastest. Since the report was published, actual production has been in between the predicted worst- and best-case scenarios.

The envelope volumes reported by FEPE members for the second quarter of 2021 have continued the recovery course begun in the first quarter. With a quarterly volume of 9.4 billion (+15%), the industry is back on the long-term market trend. However, it should be noted that production in the second quarter of 2020 fell sharply, by -26%, due to Covid-19.

Comparing this year’s second quarter not with 2020 but with the pre-crisis level in Q2 2019, we see an average decline of -8% over 2 years, which again corresponds to the long-term trend. 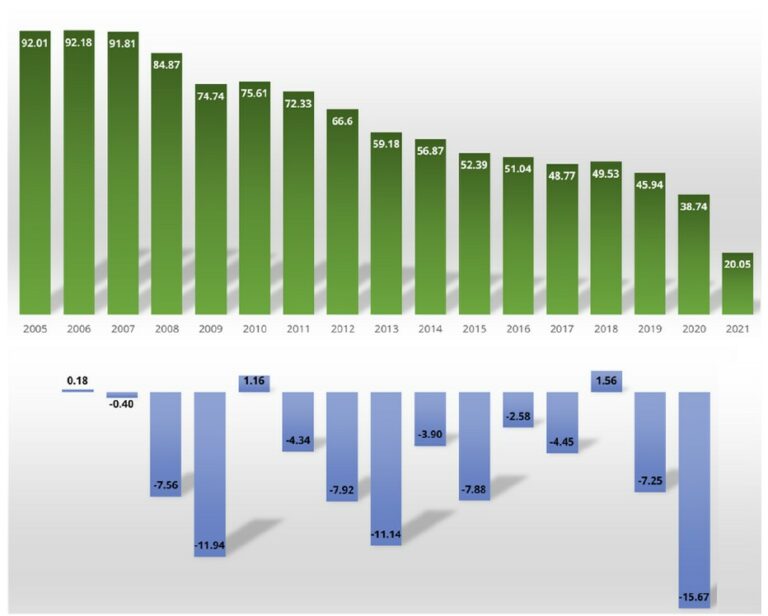 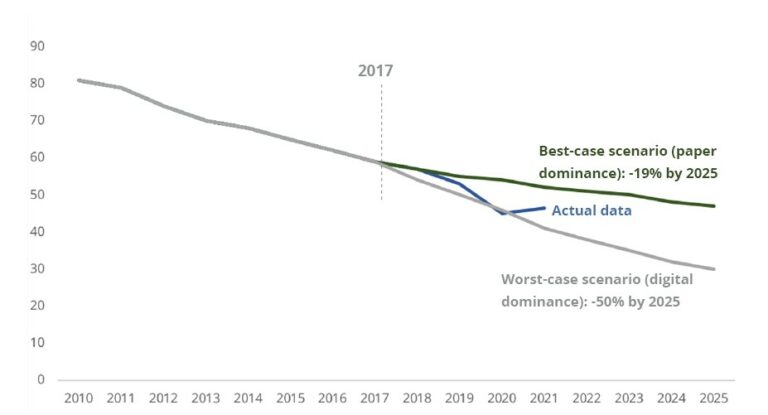 2020 increase in online shopping due to covid-19 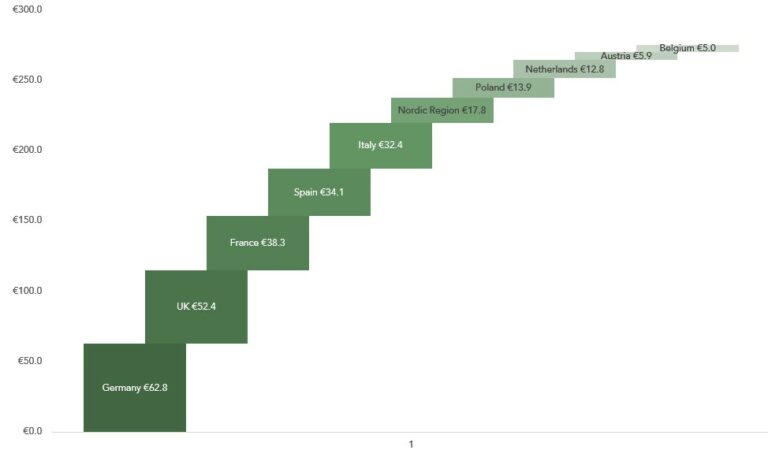