October, 2022 — Covid-19 has had massive effects on the economy. As its effects began to recede in late 2021/early 2022, the world was hit with new challenges. GDP growth has dropped sharply, even plunged, across the world. FEPE deliveries have shown a similar pattern, in line with the economy.

This article is based on a presentation by Andrea Boltho, Director, Oxford Economics, to the FEPE Annual Congress.

In addition to the toll on human lives, Covid-19 has had massive effects on the global economy. GDP growth has dropped sharply, even plunged, across the world. Then just as the economy generally seemed to be returning to levels similar to before Covid, the world was hit with additional challenges.

Inflation is reaching double digits in some countries, due to soaring energy prices and food prices, in particular, and steep increases in interest rates.

The third shock is the war in Ukraine. If the war is resolved relatively quickly, GDP growth should be stagnant. If it is extended, GDP growth will decline, and FEPE deliveries will fall in correlation. “We are flirting with a recession scenario,” Andrea Boltho warned.

However, if wages don’t go up, the result will be a belt-tightening scenario, with less demand and less economic growth.

Over the past years, there has been a correlation between GDP and FEPE deliveries. While GDP is not of course the only influencing factor, it still remains likely that if GDP levels stagnate or fall further, so will FEPE deliveries.

GDP is being influenced by macroeconomic trends and consumer confidence. We are facing energy and food shortages, or fear of further shortages, uncertainty about Europe’s political future with the rise of populism as well as flailing confidence in the European Union and tensions in the Euro zone.

If any countries were to abandon the Euro, it could be disastrous, Boltho predicted; “Lehman brothers squared!”.

“We are living in very difficult, turbulent times,” he concluded. With war, inflation and tensions in Europe… we have not seen times like this since the second World War. 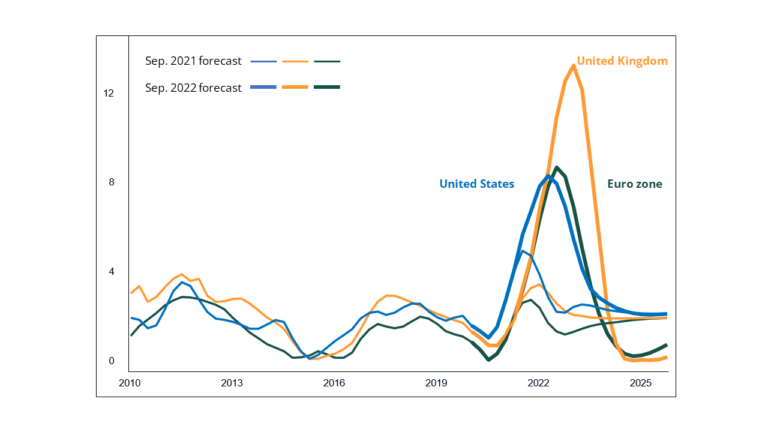 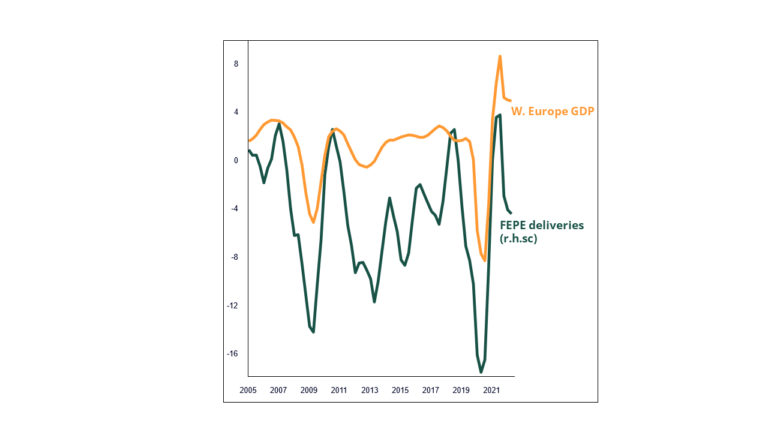